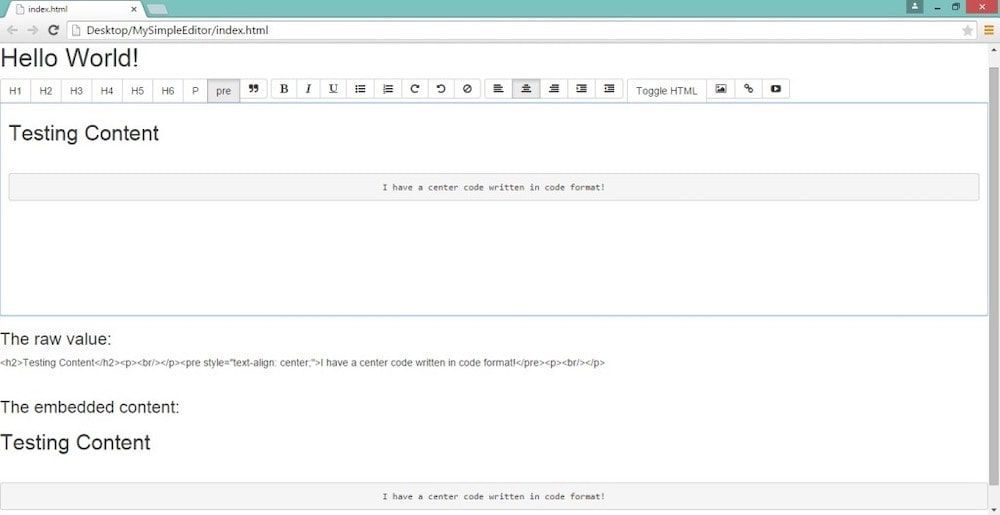 Need a text editor for your app? I know some of you don't know where to start and probably your research could throw you away. If you're a beginner, probably you'd get intimidated seeing this and figure out how to do it: 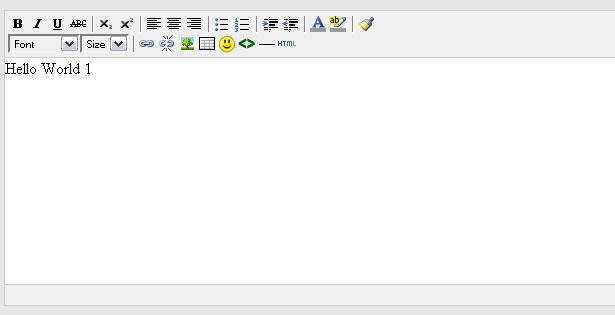 I know... I know... my first impression was I'd code each button via HTML and make sure regardless of what resolution they always stick in place BUUUUT I figured that using the awesome library called textAngular would speed up things. The library works parallel with AngularJS. It's pretty much straightforward and no need to do a lot of complicating coding for the Javascript's end. If you're not familiar with AngularJS, I suggest taking tutorials to avoid confusion during the tutorials but if you have no knowledge it's fine. If you wanted a straightforward solution in creating this feature then just go with the flow.

Click here for a little headstart on angular and if you know at least the basics of modules, controllers, models, and directives (Woooaaah that's kinda plenty but that's how angular is. No need to master all of them as long as you get the gist), you'll go smooth sailing. Maybe even after this, you'll learn to love using angular on future projects.

The following are the needed software in order to use this library:


Make sure to have the first 3 before you get started ;)

1.) Setting up your JS libraries

Let's get started! Create a folder named "MySimpleEditor" and inside it, have another folder named "js" which we'll store our libraries (Personally, I saved this is in my desktop).

Next, inside your js folder, place in your AngularJS and textAngular Libraries.

Note: You can also load those 2 through CDN if ever you're comfortable that way.

Now go back to your MySimpleEditor folder. Let's create a file called "index.html". Inside it, We'll load up our libraries we placed in earlier together with our external sources with the following code:

I only placed a simple "Hello World!" shoutout.

Try opening your file in the browser and it should only display "Hello World!"

Note: I've edited my path name to keep it short and simple for the sake of this tutorial.

Now we're clear with it, let's modify again our index.html and add up our angular module and controller.

3.) Adding the Angular Module and Controller

We'll be focusing on the body part of our html. In this case, I'll name the module "MySimpleEditor" within the body. I'll make a new <div> tag it will serve as our controller named "MyController".

We'll create a new javascript file named "script.js" saved within the js folder to call those names and put them into action.

In our script.js lets call the module and the controller. Lets also add up a little data-binding sample named "sample" to ensure that we loaded up our libraries flawlessly:

I won't be explaining much on the code right now as I've mentioned that a pre-requisite would be a little on angular.

Now lets run the app and you should have this output: 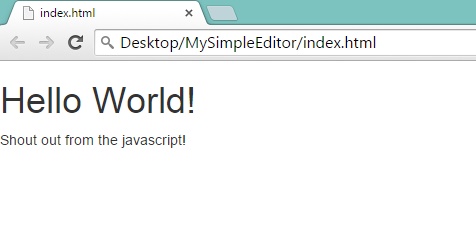 Congratulations! You have your angular up and running! The next step, creating the rich-text editor!

Now for the main event, on our index.html, inside the controller, add this line of code. This is will automatically display the text editor itself:

The directive text-angular lets the app know that its the part where the text editor should be embedded. I don't need to explain why did a text editor suddenly appear by calling text-angular as it will be a very very very looooooong story. You can take a peek on the textAngular.js itself if curiosity tells you too. The rest of the attributes are default classes and the name is... just for formalities.

As you'll notice, our ng-model is named as htmlContent. We'll be using this for bogus data to test our app. Now back to the script.js, lets try adding up <h2>Testing Content</h2> as our sample data

Let's run the app and you should have an output like this:

It basically displays the data from your ng-model inside the text area. You can play with it now and it should work as expected.

Tada! You're now done creating your own text editor!

BUT WAIT! I know you're still confused. You might ask how to get the exact contents from the editor? Simple. Everything that's been typed on the text editor is converted into HTML tags based on your format. Let's give it a test run shall we?

On your index.html, lets display the exact data of our model together with its embedded style. Add the following below your <div> model:

ng-bind-html converts the HTML tags for the browser to know that it should embed it as an HTML design, not as a raw text. Let's reload the page and see what happens. In my case, I'll type in 2 more lines with a <pre> formatted text positioned at the center. 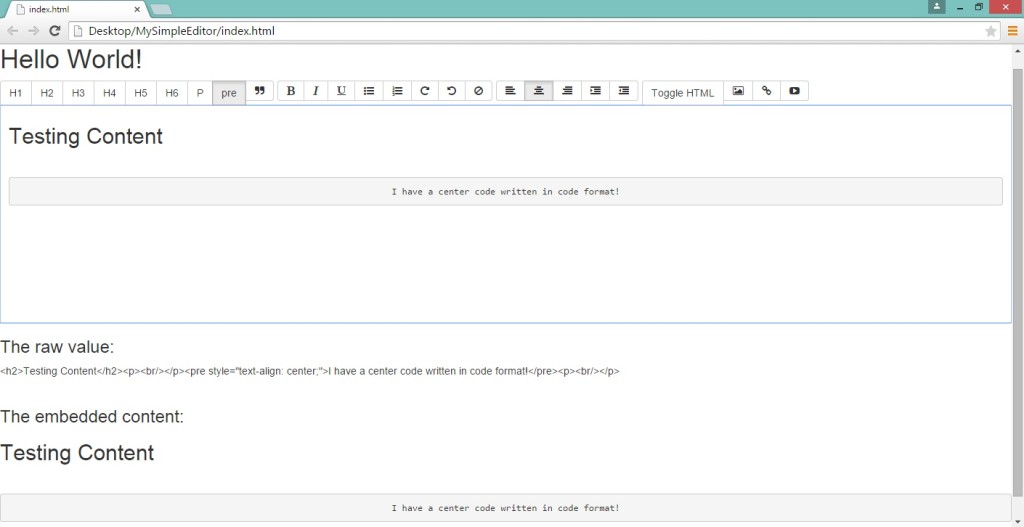 Note that I did not code these formats from the model on the javascript. I used the buttons on the text editor to show you that it really works.

As you'll notice, the center button (near the middle on the right) and the pre button are pressed as they had those formats. Congratulation! We're done with the tutorials!

Still having troubles? Don't worry. You can get the source code on my github (Doesn't include the code on debriefing). Note that there are tiny bits of minor changes on the git such as folder directories and the project name but nevertheless, everything is still the same.

Thanks and happy coding! 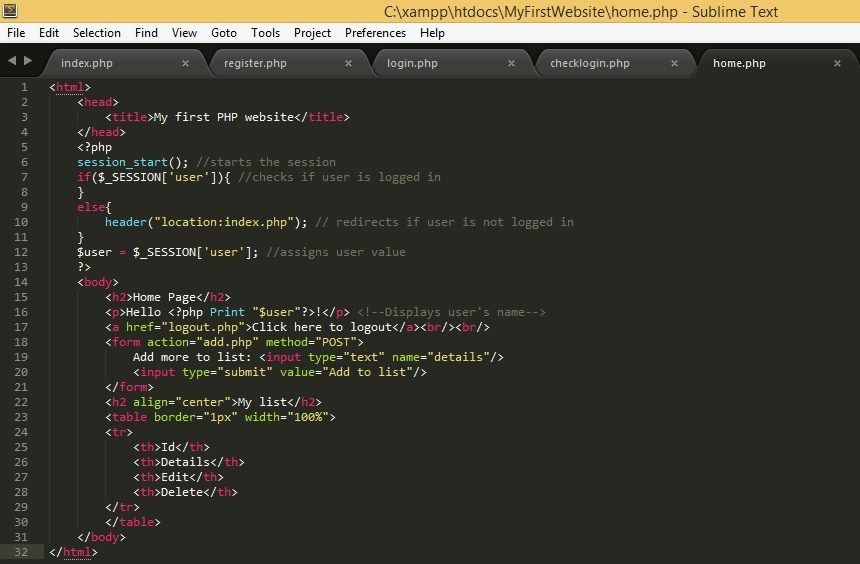 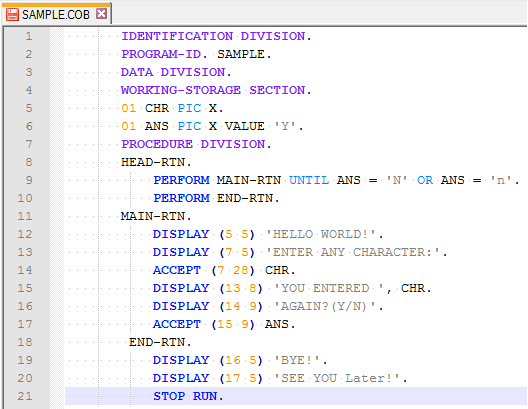 18 Comments
Write a comment
Notify me for replies
About Me